Have you ever known that with the upcoming social media, the web3 wave can stay one step ahead of the game and benefit from the combination of social media and NFTs?

Non-Fictional Characters (NFTs) aren't simply eye candy; you can hold the right to utilize them in business. Such collections are prohibitively expensive to enter, but the advent of web2 may give rise to a new sort of NFT with more approachable ownership rights.

Read on to see what this implies and how the future of social media is shaping up to be even brighter and more exciting. 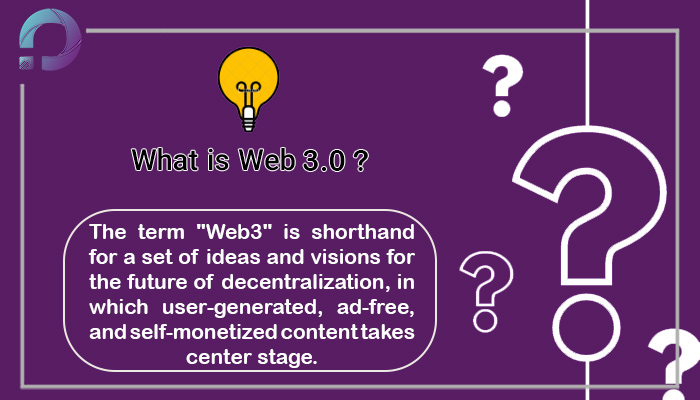 The internet as you know it, known as web 2.0, has evolved into web 3.0, or the decentralized internet. To be more precise, web 1.0 is the first of two internet eras preceding web 3.0.

Users would browse the web to consume information and then leave since there was no convenient method to share, comment, or interact (think basic news websites).

The term "Web3" is shorthand for a set of ideas and visions for the future of decentralization, in which user-generated, ad-free, and self-monetized content takes center stage.

Web3 brings a paradigm shift in business models and stands out to gain significantly from Web3 even though it will undermine many established Web2-based economic structures.

While one of the advantages of Web 2.0 is that it promotes user interaction via social networking sites. The world was claimed to have shrunk with the advent of modern internet technologies, and projects like Facebook, WhatsApp, YouTube, and many more exist here.

Although, at first glance, web 2.0 seemed flawless, it did suffer significant failures. The widespread belief that web 2.0 slowed down the internet because so much data was being transferred all at once is a common criticism of the concept. 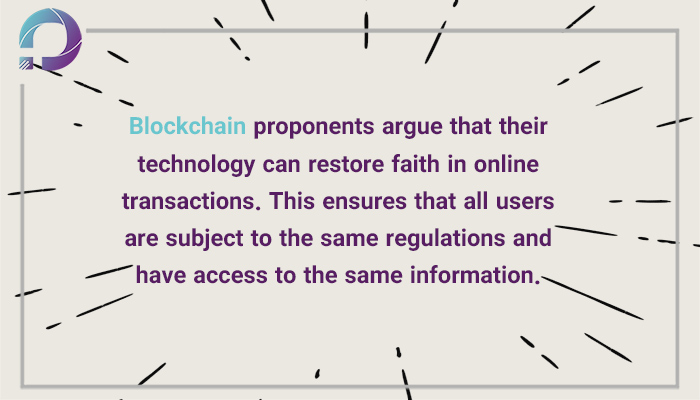 A Blockchain is an ordered sequence of data blocks in its simplest form. The data is stored and validated at several nodes worldwide that are individually owned. Only when all nodes agree on a new block is it added to the chain. That makes any tampering or fabrication of the data ultimately futile. Half of the 13,374 nodes hosting Bitcoin's transaction data would need to be compromised at the exact moment for Bitcoin to be compromised.

Blockchain proponents argue that their technology can restore faith in online transactions. This ensures that all users are subject to the same regulations and have access to the same information.

Any data you add to a Blockchain will remain accessible to the public in perpetuity.

NOTE: Web3 is a catch-all phrase for the concept of a revamped World Wide Web. Web3 is built on a foundation of blockchain technology, digital currencies, and non-fungible tokens (NFTs) to distribute ownership rights back to consumers. 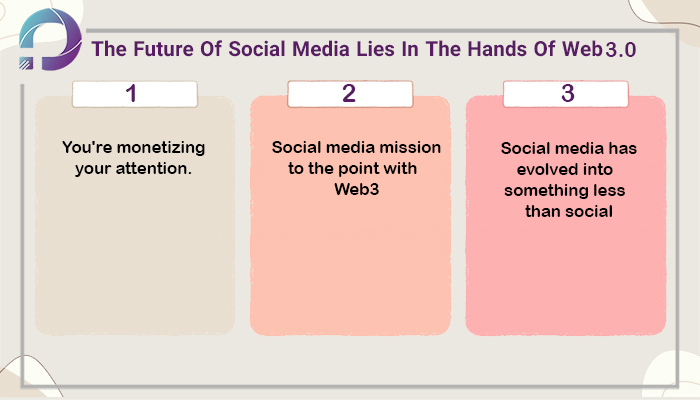 The Future Of Social Media Lies In The Hands Of Web3

Web 3.0 is based on blockchain technology, which is also decentralized, and will provide all the benefits of decentralization. These aspects of the distributed ledger system are important components of web 3.0 and have implications for the way social media platforms function in web 3.0 contexts.

The system is an unalterable digital ledger that can record real-time transactions.

You're monetizing your attention

You own your social media page, and more traffic increases a property's value. So can digital real estate with low traffic. Due to a lack of a contractual, dynamic revenue-sharing agreement, Web2 social media sites accrue value by default. Facebook can't sign contracts with all of its billions of users, let alone update them.

NFTs and smart contracts allow this. NFTs can tokenize digital real estate precisely. When someone wants to advertise on your website, they'll rent your NFT. Digital space NFTs provide liquidity because they can be exchanged on secondary markets without permission. You'll also establish a smart contract with Web3 that governs revenue sharing. You can locate another if you're unhappy with a social networking platform's services or cost.

Social media mission to the point with Web3

You control your store browsing, focus on what interests you, and ignore what doesn't; This makes seeing intriguing stuff enjoyable. You want to view important material on social media, yet adverts interfere. Small screens make it harder to disregard stuff because you must browse through it instinctively.

Web3 can be a storefront, App mutualism can properly and proactively present us with what we desire, and wallet address-based identities and smart contracts can perform complex transactions efficiently.

The success of social media can be attributed to its role in fostering both personal and communal expression.

Social media has evolved into something less than social

Social media platforms such as Instagram, Facebook, Twitter, and YouTube have undeniably improved our quality of life by connecting us with far-flung loved ones, providing us with new culinary and sartorial ideas, and allowing us to express our individuality through the creation and sharing of photos and videos.

Being able to utilize social media for no cost almost felt too good to be true. On the other hand, it was Andrew Lewis who remarked openly, "If you're not paying for it, you're not the customer; you're the product being sold."

For a moment, think about the possibility of offering incentives for online behavior. Most of our time online is spent interacting with the world via one of the many Web2 applications available. 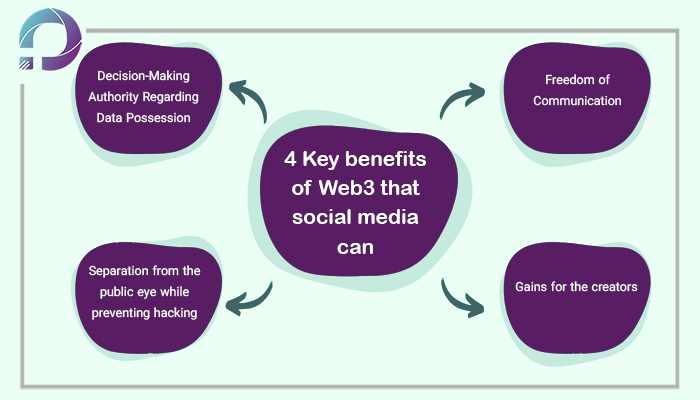 4 Key benefits of Web3 that social media can

Explore the various internet tools and resources you rely on regularly. To use various services, you may be required to enter your personal data on many sites. You use social media platforms like Facebook and Instagram to disseminate original stuff you've created, such as photos and videos. Despite it all, you probably feel safe believing that the data in your Amazon account or the pictures on your Facebook profile are under your sole control and protection.

As with previous decentralized systems, Web 3.0 will provide you with security against hackers. Since there is no intermediary in this setup, the design and its user accounts are hard to compromise.

In addition, Web 3.0 will have a peer-to-peer function that will let you network with others without being snooped on.

Web 3.0 will also provide an option for users to be completely anonymous. Users can also build their own value system for communicating and collaborating.

The mining method is another significant impact of web 3.0 on social media. User-generated content such as blog entries, social media updates, and likes can all be analyzed with Web 3.0. This will make it simple to recommend material to users and guarantee a satisfying interaction overall.

Topping any list of the best things about Web 3.0 would be how it facilitates convenient communication between users. Web3 expands on the permissionless feature of blockchain to remove the need for a centralized authority to regulate user access. Any person should be able to use web3 applications if they are built on public blockchain networks.

Web 3.0 will also provide an option for users to be completely anonymous. Users can also build their own value system for communicating and collaborating.

With the arrival of Web3, content creators now have a good chance to make money. Most content creators have trouble getting paid what their work is really worth because of the mediators in the different channels they use to reach their audience. Creators could get a lot out of the critical features of Web 3.0, such as tokenization and the creator economy.

First of all, web3 would make sure that a single group does not control the security of digital assets like tokens and data. On the other hand, the person who did the work would own it completely. At the same time, the creator economy could also help people who make things find new tools and markets to help them reach more people. 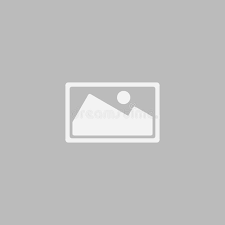